It started as a bizarre thought after watching some episodes of “Big Bang Theory” with my fiancee. At a certain point she stopped and asked me which are the 3 rules (of Asimov) about a Robots and when I explained who Asimov was and what I remembered from the rules, she watched me with a smile and said that “I was a geek!”. 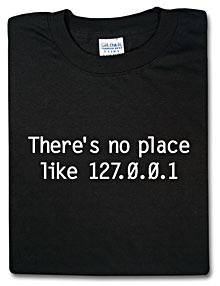 I gave some thought on the topic and I realized that, it is not the knowledge that characterizes people as Geeks! It should be their behaviour and their habits. Just when I was about to forget this episode, I run into this interesting blog named 10 Annoying Habits of a Geeky Spouse. (If you are a geek you will probably gonna open and read it). The blog mainly explains some annoying actions that geek usually have. Basically, if you are not into weird stuff; like collecting old toys, or dressing funny informative T-Shirts, than you are just fine. At least I was!

End of the line in this story is that if you don’t like to be called a Geek, spend less time with technology in your hands (and that week I was spending too much time with my PC). In addition, from the blog above the general advice would be don’t do/wear/say something that the people around you will not understand (Less nice T-Shirts with unix commands on them). It will make people around you unconfortable.