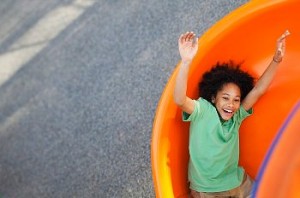 Somewhere in the year 2004, Tim O’Reilly defined a new web referred as Web 2.0. This new web was a shifting paradigm of users that interacted and collaborate with each other in a social media dialogue. The users played the role of the creators of the content, in contrast to what might have been called Web 1.0 that was a passive publication of information with few creators and many consumers.

We did not focus too much attention on previous trends, but strong adjustments in the usability of computers have happened  before as well. The model and examples that O’Reilly used to describe the new web became somehow a prophecy of what the web offered and represented in this decade.  The main concept of the new web was an open infrastructure, where users and sites could easily exchange information to each other.

I remember the times, where Google did not even exist. There where a lot of search engines we relied upon. I remember Altavista, Lycos (HotBot), Yahoo, Microsoft’s Looksmart, Excite etc. They where all good engines, which at a certain moment stopped caring about the users. Suddenly it became a little more difficult to get your page indexed in Yahoo, it got slower to get it indexed in Altavista, it was impossible to have it fetched by Lycos… And then Google came and it opened up a new world through using DMOZ and it allowed anyone to submit his page, and provide faster, better and more results to any query and webpage in the internet.We loved Google! We all did!

At the same time we used to mock up Microsoft which used to find ideas or products in little players and transform them in big. They were no longer creating, they were doing what others were doing, but with a better marketing. Of course they had the potential to do a better work than anyone else in the industry, but somehow… they sucked at it. Reason!? They were not trying to provide a service, they were trying to keep the users within their castle. We realized that, and we hated them.

Almost 10 years from then and new perception of web with new players. Being a software developer with a primary experience in the web, I cannot resist seing the web as a set of playgrounds where visitors rush in. It is clear that we use the internet to entertain ourself (either by really entertaining, or by other activities that provide us pleasure and relax such as reading, learning, improving ourselves etc). All these playgrounds should be nothing but peaceful green places that let you see the horizons and jump to other playgrounds if you want.

The classic playgrounds were those informative portals, the discussion boards where we used to share ideas, the newspapers, Last.Fm, YouTube, Twitter, Facebook, WoW. What made those websites loved and well known was their potential in sharing the information they contained. APIs which few users see and thousand of websites use. I love the ability that we have to share a YouTube video by just copying a simple code, most of us use twitter plugins to spread what they write in their WordPress blogs. We can automatically publish in Facebook, Twitter, FF and many other websites. We call them social websites, and a social web. 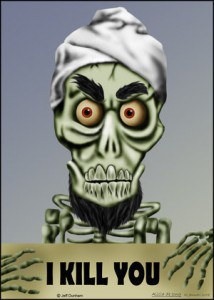 Google Wave was supposed to kill email as we knew it!

On top of all these websites, by means of content that it can share stands Google which … I would say, is not social at all. Google has some of the nicest products, which provide no mean of sharing them (taking YouTube aside). PageRank for example has been the pride of Google, and in the perspective of Google, one should only be able to retrieve it by visiting the Google’s toolbar. If you see a website that is offering PR check, that website is doing it “ilegally”. But not just PR, it is a whole set of other applications that have no commercial use that are a frustration from Google. Google Buzz for example provided a nice way of having your BUZZs be published in Twitter, but the other way around was tricky and not officially supported. Well, Google Buzz is going down now, so is Google Wave which was supposed to kill email!

The last great product from Google is Google Plus! Almost everyone knows it, almost nobody uses it. The reason why?; it lacks vitality, it lacks dynamism. Instead of being a cheerful playground, the Google Plus is a comfortable tomb of stupid information that you can share with your geek friends (like me) that spend at least 3 times as much in other social networks anyway. Google Pages!? They are meant to be tools for the business, with flexibility of spreading information. So before its too late, we should realize that Google is doing the same mistake as Microsoft a decade ago, or hopefully, the Google CEO’s should realize it. Google is no longer trying to provide a service, it is trying to keep the users within their castle. And the castle will eventually lose it shiny and become a tomb that none wants to visit.