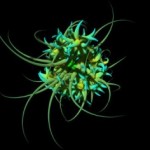 As I was expecting what would be the result of this “highly” rated virus on the internet today I found out this great article explaining the conficker war today. Conficker War Room! Your Front Row Seat For Cyber Armageddon

The virus was advertised to have the potential to destroy internet (!?) as it had a couple of combinations of malware techniques. The name of the virus leads to a german root. It is a combination of  “configure” with “ficken”, the German word for “fuck.”

By the way… GO GO Symantec!